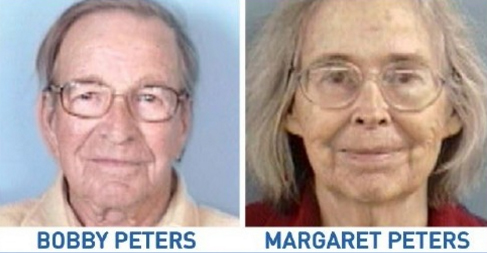 A silver alert has been issued for an elderly couple from Hayesville, NC.  The Clay County Sheriff’s Office says that Margaret Compton Peters, 82 and her husband,Bobby Gerald Peters, 86 were last seen at their home on 510 Stamey Cove Road around 11:30 a.m. Tuesday.

Margaret Peters suffers from dementia or some type of cognitive impairment, and that Bobby Peters has health issues that could be complicated if he is not found.

The N.C. Center for Missing Persons says they could be driving in a gray 2001 Dodge Durango with a North Carolina license plate number XPD-4339.

Anyone with information should call the Clay County Sheriff’s Office at 828-389-2256.

0 0 0 0 0
Previous : I-40 Project to Improve Safety Near NC-Tenn Border
Next : The Smithsonian Will Pay You To Drink Beer?