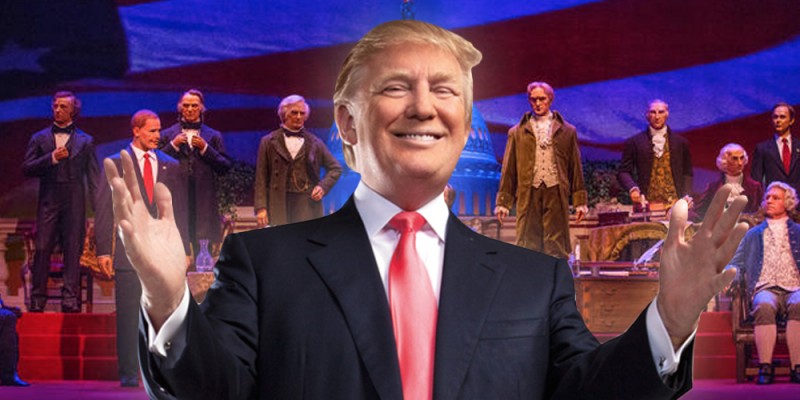 President Donald Trump will join Disney World’s Hall of Presidents in June. The educational attraction features life-like animatronics of each U.S. president, many of which deliver inspiring speeches and recount American history. But more than 3,600 people have signed a petition asking that the president’s animatronic figure remain silent. Matthew Rogers, who launched the online petition last week, said that’s precisely why Trump’s voice shouldn’t be heard. He wrote. “The Magic Kingdom at Disney World is a place specifically designed for the enjoyment of children and families. Therefore, it is not an appropriate place for a Donald Trump speech.”