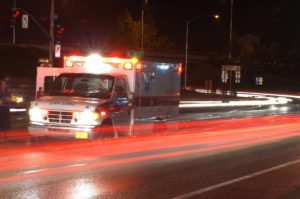 The N.C. Department of Information Technology on Thursday officially opened the Network Monitoring and Assistance Center (NMAC), which will help support an uninterrupted flow of communication for emergency call centers that have adopted next-generation 911 technology.

NC DIT Secretary and State Chief Information Officer Eric Boyette and N.C. 911 Board Executive Director Pokey Harris were joined by 911 board members and staff in Raleigh for a ribbon cutting unveiling the center. The first of its kind in the nation, it is staffed 24/7 and equipped to monitor service and performance on North Carolina’s new digital emergency services network, called ESInet.

Under state law, the remainder must develop and fully implement plans to migrate no later than July 1, 2021.

“As more and more 911 centers across the state upgrade their technology to support next-generation 911 services, the Network Monitoring and Assistance Center will play an important role in making sure services run smoothly across the state,” Boyette said.

For example, technicians monitoring ESInet can quickly reroute emergency calls to other 911 centers as they identify increased trends in emergency calls – particularly in cases such as severe weather or major events that draw large volumes of people to a particular area.

During Hurricane Dorian, technicians at the NMAC were prepared to assist in rerouting calls from the coast to counties farther inland, however, it was not necessary.

“The NMAC can immediately troubleshoot network issues and help behind the scenes to provide seamless 911 coverage, so emergency personnel can focus on helping North Carolina residents get the assistance they need as quickly as possible,” Harris said.

ESInet, or the Emergency Services IP Network, makes that possible.

It enables call centers to connect through high-speed internet-based routing services to more quickly and effectively communicate with callers as well as other 911 centers.

The ability to reroute emergency calls is one important capability. Call centers also have the option to let users send photos and videos, in addition to voice calls and text messages.

ESInet is a core function of Next Generation 911 – an upgrade to the current 911 system, which was developed in the 1960s – to ensure residents can access 911 services regardless of their location or how their communicating.

“Although reliable, our current 911 system can no longer accommodate how we communicate today,” Boyette said. “Fewer people are using landline phones, and the popularity of wearables and other digital communication services are on the rise. Our residents expect to be able to communicate these ways. And that’s where NC DIT comes in.”

A unit of the N.C. Department of Information Technology, the N.C. 911 Board administers the state’s 911 Fund.

A single, statewide service charge per connection for any type of voice communication service provider goes to the 911 Fund to support equipment purchases for all 911 centers in the state.