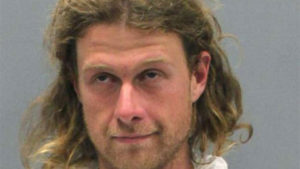 Federal murder charges are expected to be filed against a hiker accused of attacking a couple on the Appalachian Trail with a machete. Authorities in Virginia say James Jordan, who goes by the trail name “Sovereign”, attacked the couple on Saturday. One of them died. Earlier in the year, Jordan was arrested in Tennessee for threatening other hikers.  Police say the suspect approached hikers on the AT threatening to pour gas on their tents and burn them alive. Court documents show when the hikers tried to leave, he stabbed two of them. One died. The other told authorities she played dead and when Jordan left, she ran for help.  In April, police in Tennessee arrested Jordan for threatening hikers in our area on the trailhead at Devils Fork and well as in Madison County.  Investigators are worried there could be more victims and are searching trails.