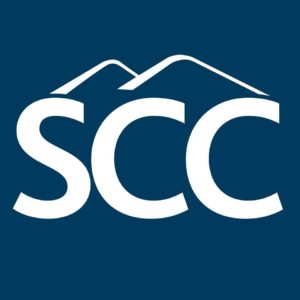 Most academic ceremonies at Southwestern Community College pay tribute to what current students have already accomplished in their pursuit of higher education.

More than 40 seventh graders from Jackson, Macon and Swain Counties walked across the Myers Auditorium stage on Nov. 18 and received certificates signifying the promise of a tuition-free SCC education set to begin in the year 2025.

“Every one of these students has been hand-picked by middle-school teachers, and we could not be more excited to know they’ll be walking across this very same stage to receive their associate degrees eight years from now,” said Freya Kinner, New Century Scholars Coordinator.

Lena Wilson, a graduate of the program, served as the featured speaker and encouraged this year’s inductees to take full advantage of their opportunities.

More than 2,400 students have been inducted as New Century Scholars since it was established in 1995. The program provides resources and support to students as they navigate middle and high school – preparing them for a successful experience in college without worrying about the financial aspect.

“At Southwestern, we are extremely proud to be a part of this wonderful program that has provided a brighter future to so many young people in our service area,” said Dr. Don Tomas, SCC President. “We are blessed to live in a region with so many generous individuals who make New Century Scholars possible year after year.”

In addition to working toward their high school diplomas, New Century Scholars are required to participate in community service activities that encourage leadership skills and explore potential future career options.

0 0 0 0 0
Previous : The NCDOT will have a Right-of-Way Acquisition Informational Meeting
Next : “Stuff the Bus” Donations Help Schools Meet the Needs  of Local Disadvantaged and Homeless Children