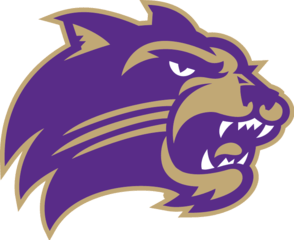 Recognition for four graduating students with perfect GPAs, presentation of an award to one of the University of North Carolina System’s premier teachers, and the inspiring success stories of two other graduating students were among the highlights Friday and Saturday (May 10-11) as WCU held a trio of commencement exercises. Commencement for WCU’s Graduate School was held Friday night. Saturday included a morning ceremony for the College of Arts and Sciences, College of Education and Allied Professions, and Belcher College of Fine and Performing Arts, followed by an afternoon commencement for the colleges of Business, Health and Human Sciences, and Engineering and Technology. All three ceremonies were presided over by WCU Interim Chancellor Alison Morrison-Shetlar, with Acting Provost Carol Burton presenting candidates for degrees. After grades from final exams are tallied and academic records finalized, WCU’s spring class, including recipients of both undergraduate and graduate degrees, is expected to total more than 1,650 graduates, which would be the largest class in university history and WCU’s eighth-straight record spring class.