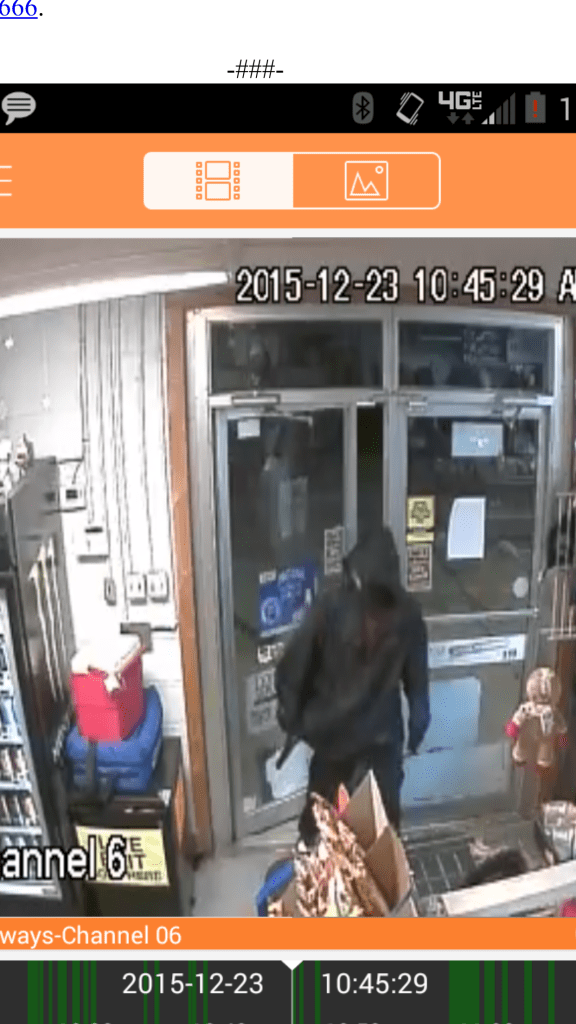 The Haywood County Sheriff’s Office is requesting assistance from the public in locating a suspect in an armed robbery that occurred just outside the Canton city limits late Tuesday night.

Officers were dispatched to Galloway’s convenience store on Pisgah Drive around 10 p.m. Tuesday on a call involving a man who had just robbed the store at gunpoint. Initial reports indicate the suspect brandished a large handgun and demanded money, then ran out of the store and headed on foot toward Canton.

The man is described as a dark-skinned black male about 5 feet 5 inches tall, weighing about 160 pounds, wearing a dark hoodie, dark pants, and a dark scarf across the lower part of his face. A surveillance photo is attached.

Anyone having any information regarding the suspects’ identity or whereabouts should not approach, but instead call 911 or the Haywood County Sheriff’s Office at (828) 452-6666.